Legendary British manufacturer Lotus manufactured the legendary Seven between 1957 and 1973, helping cement this lightweight kit car in the public's imagination across four model Series. The Series II car - the most prolifically produced - was announced in 1960; it had a redesigned frame, modified rear suspension, and smaller 13-inch wheels. Nose cowl and fenders were switched from aluminium to FRP, while in Super 7 cars, a higher-performance engine was employed. Although Lotus ended production in 1973, Caterham took over its manufacture and the car still thrills enthusiasts today, under the name of Caterham Seven. 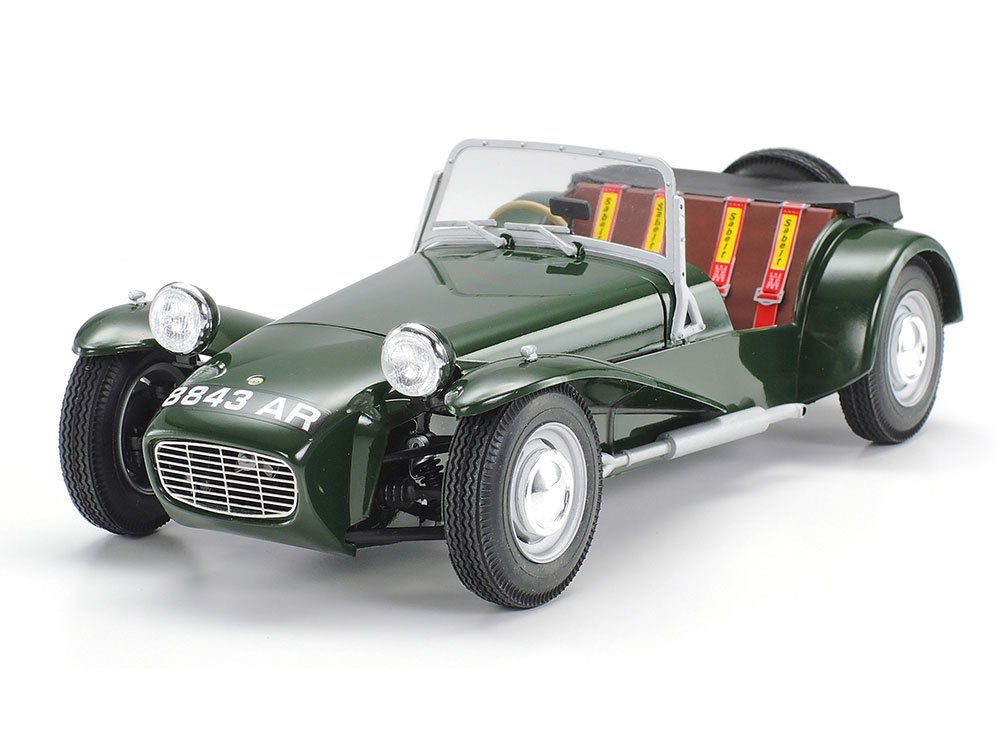 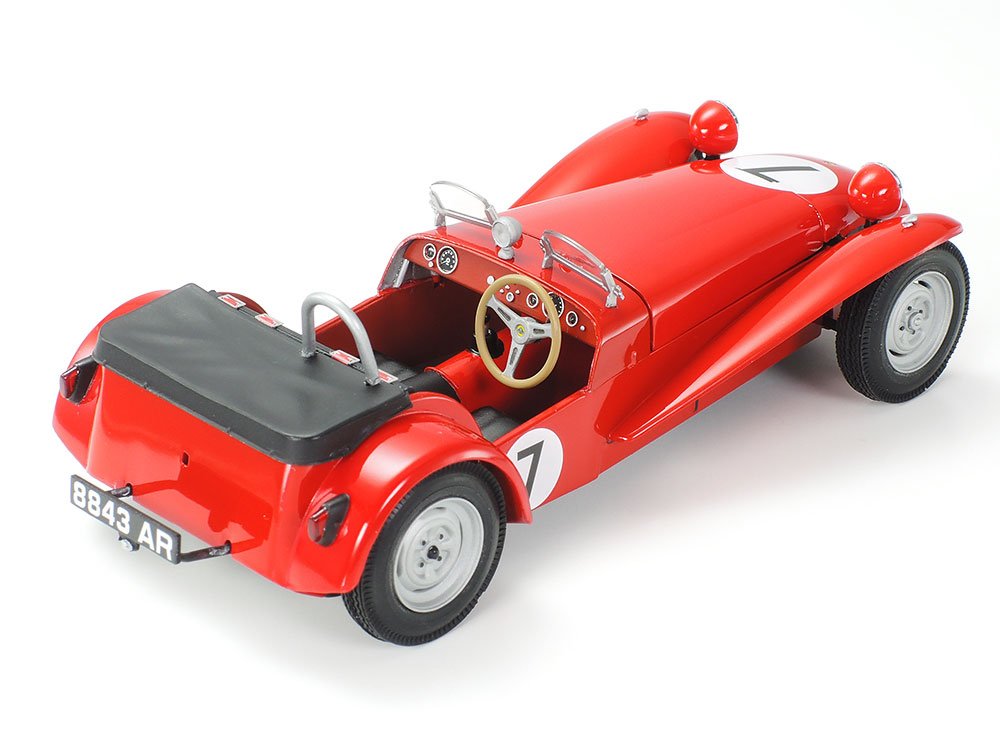 The classic 2-seater form is captured in style.

Model is complete with renderings of the "clam shell" front fenders. 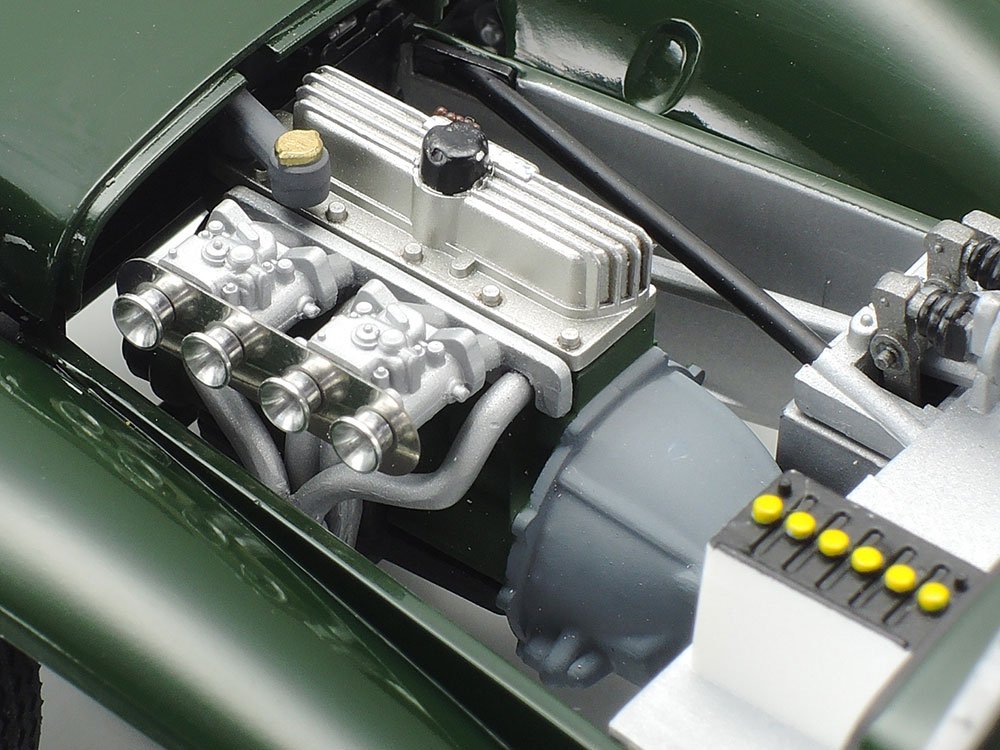 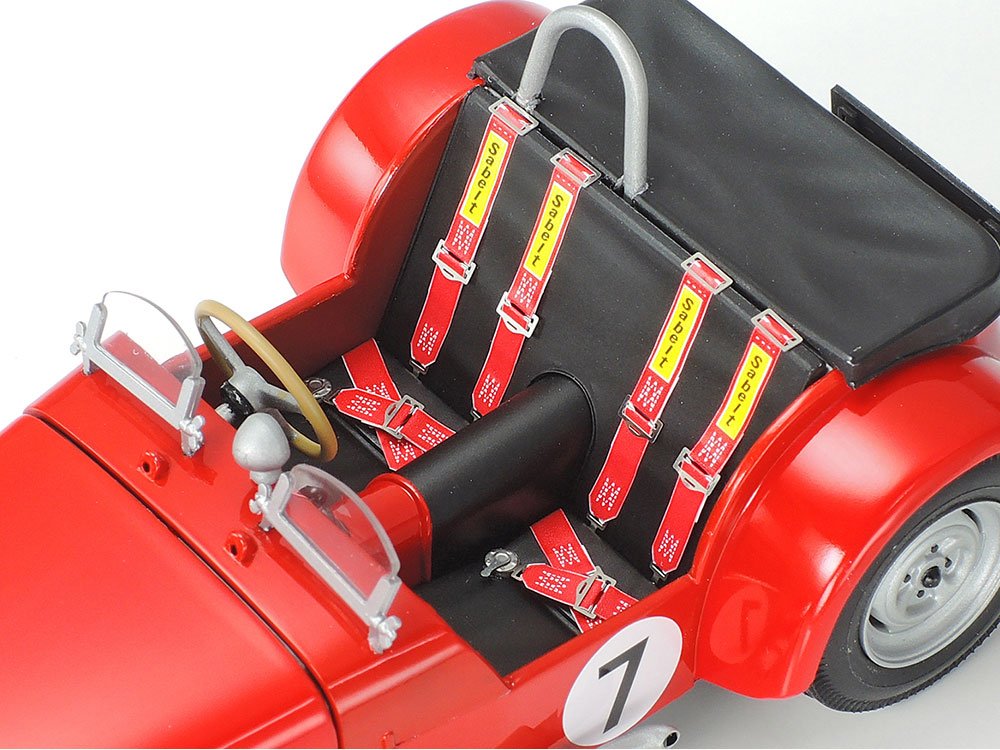 The bonnet is removable, allowing appreciation of the detailed inline-four engine with metal and photo-etched parts.

The model can be assembled as a Clubman racer, with unique parts such as separate windshields and a roll bar. 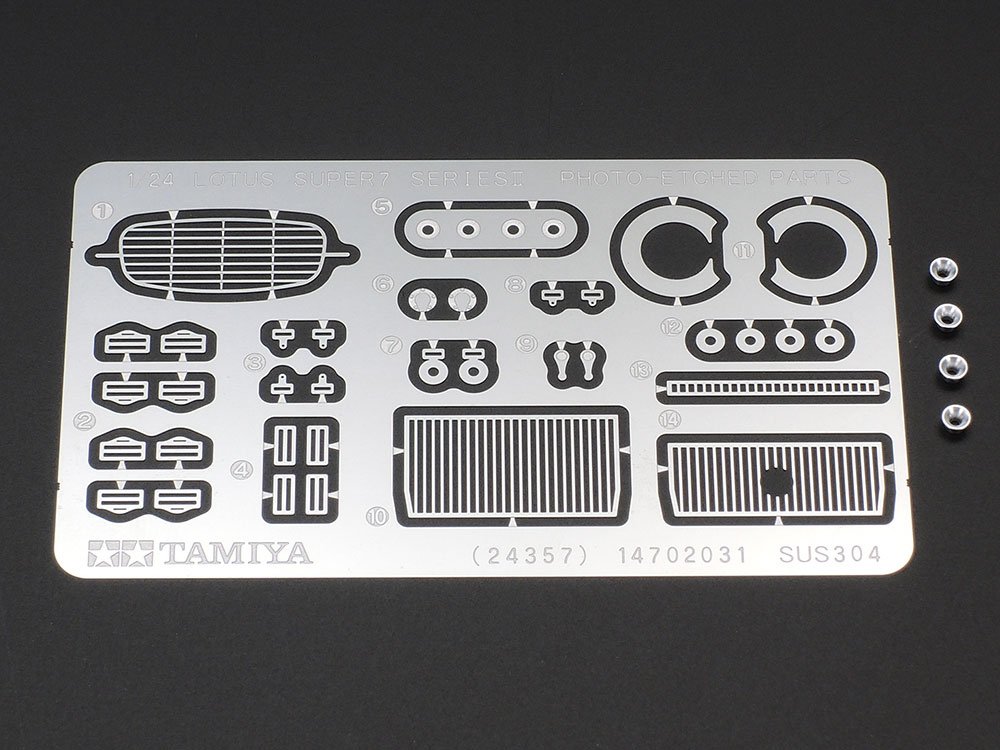 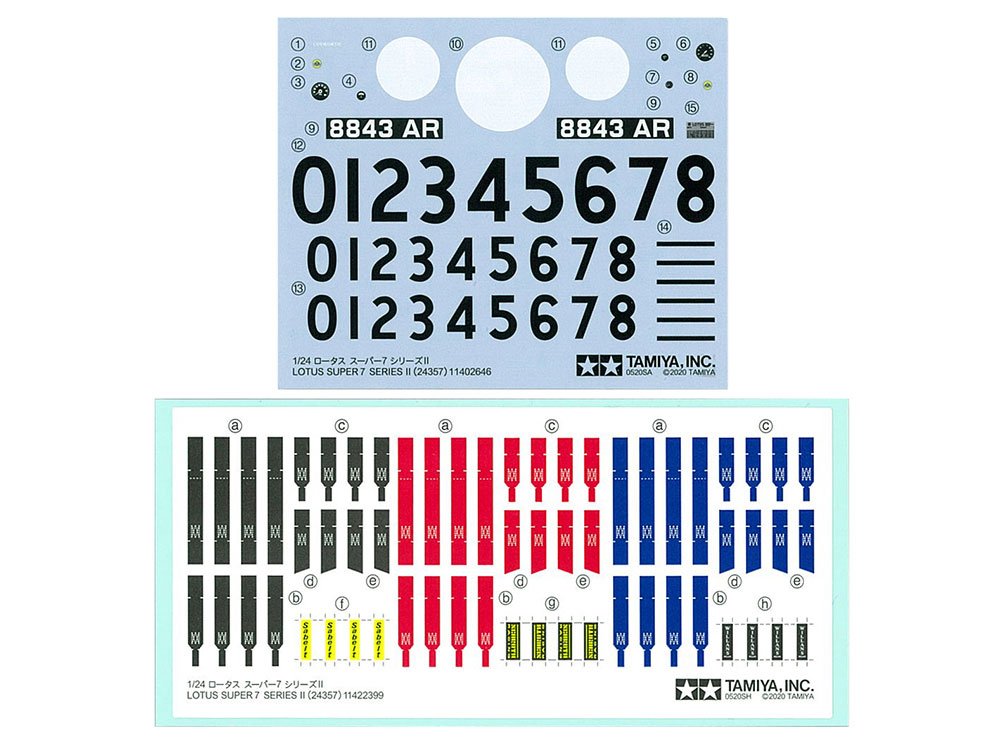 This is the photo-etched parts fret, which includes depictions of front grille, radiator and belt parts.

A host of decals comes in the kit, including three seatbelt types, Clubman racer numbers and much more.

sold out
$83.51
Tamiya Craft Modelers Sharp Pointed Side Cutters
{overview}This tool is designed to remove scale model plastic parts from the parts sprue. The sharp jaw blades offer an excellent cutting edge, and they have a slightly slimmer jaw than previous Tamiy..
Code: 74123

In Stock
$75.26
Tamiya 1/24 Lotus Europa Special Scaled Plastic Model Kit
Overview The Lotus Europa debuted in 1966, showcasing what was then a revolutionary midship layout, with a lightweight FRP body, making a global splash. In 1972 perhaps the finest model in th..
Code: 24358