This historical model assembly kit depicts the German Tank Destroyer Marder I. The Marder I was one of the early German efforts to update a military that – despite crushing early successes against Poland and the Allied early in WWII – was in sore need of mechanization. Based upon the French Lorraine supply tractor, it was one of a number of commandeered vehicles pressed into German service. Around 170 were produced from May 1942, and their 7.5cm Pak40 anti-tank gun was a threat to Allied AFVs in France post-Normandy landings, and also on the Eastern Front and even North Africa. 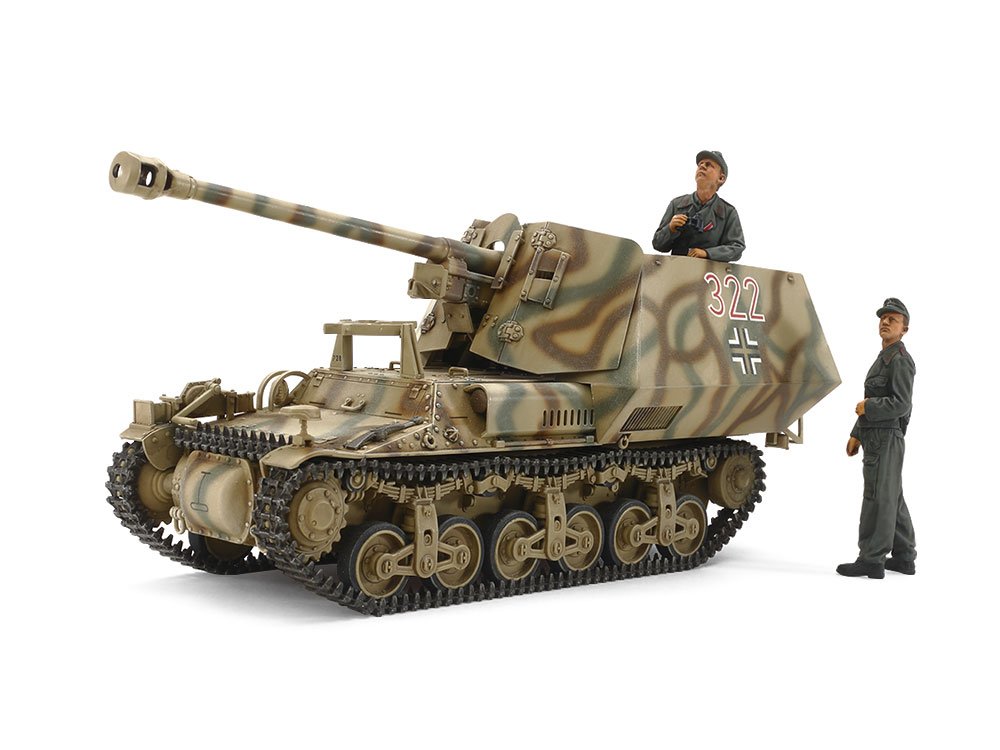 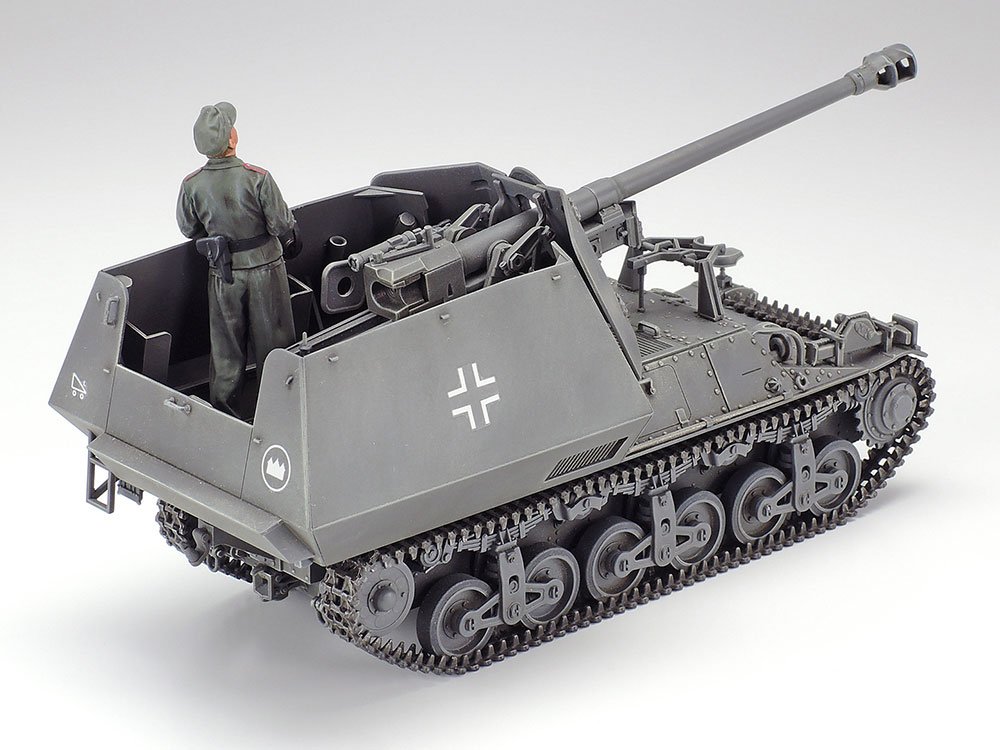 The unique form of the improvised Marder I is captured in style, from the 7.5cm gun to the bulging fighting compartment. 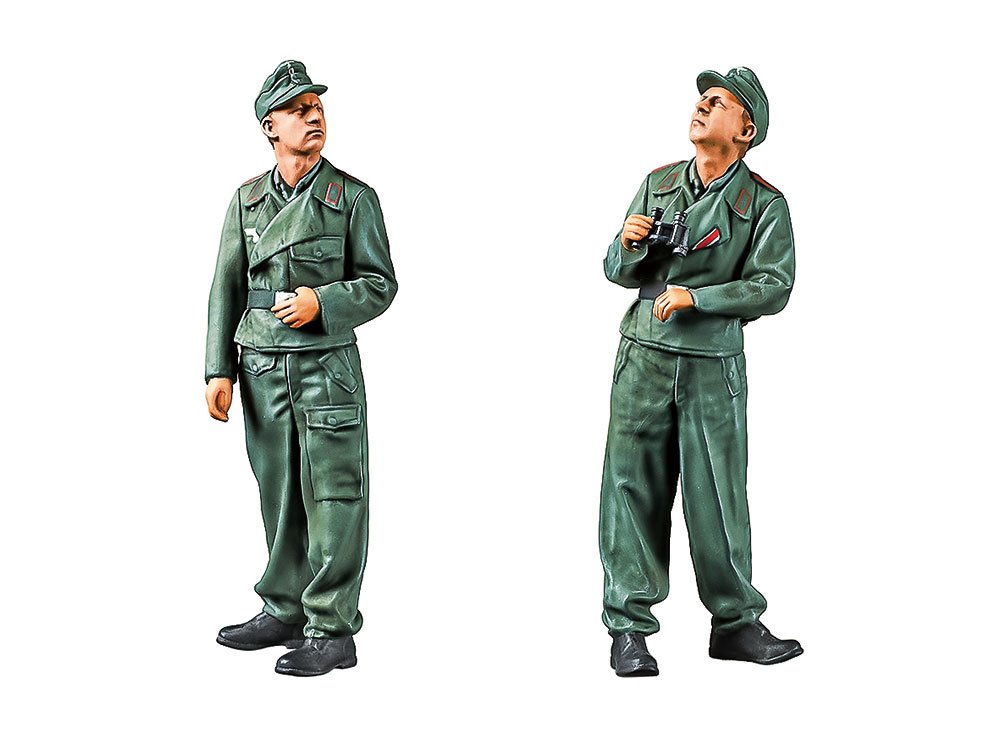 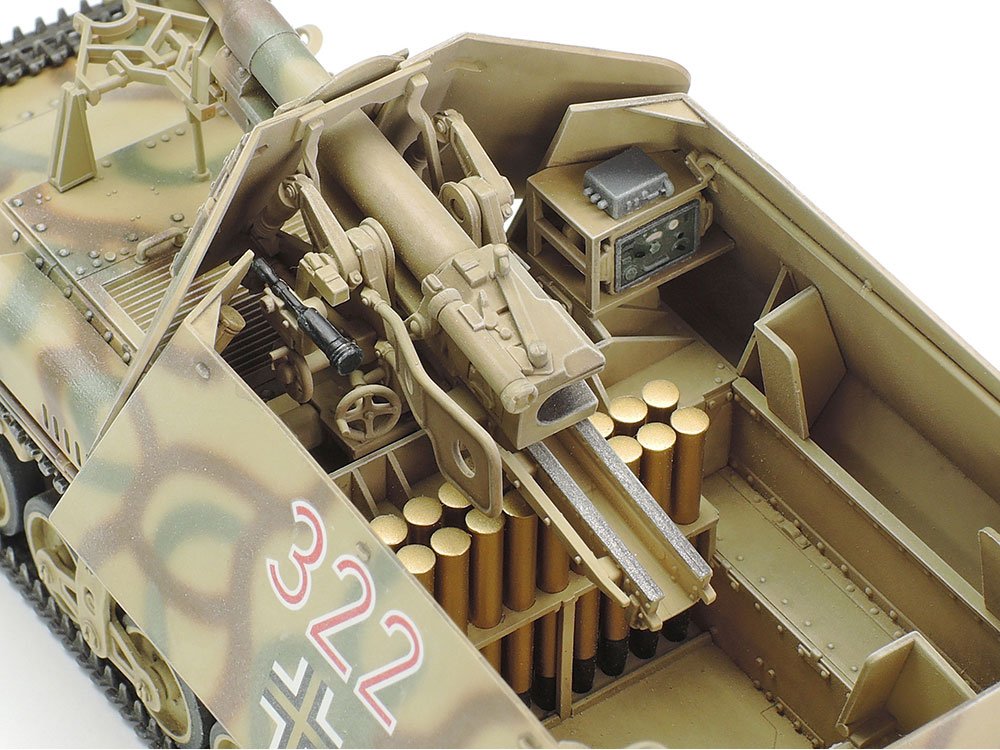 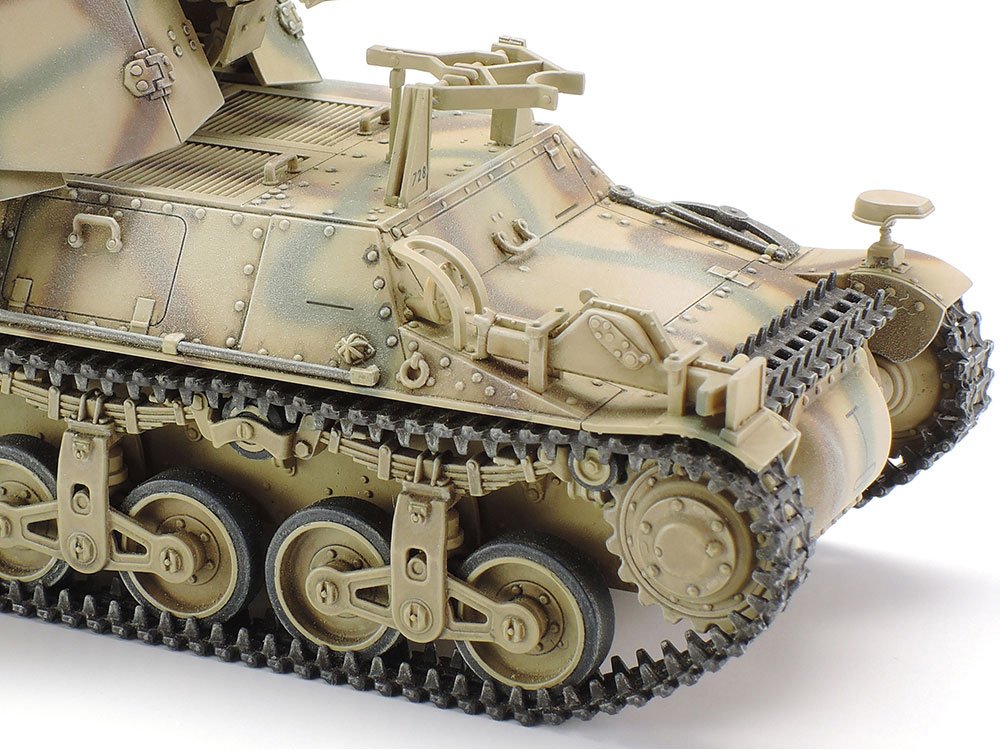 Two figures are pictured looking to the skies, hinting at the breakdown of air control from their Luftwaffe after the Normandy landings.