In service throughout WWII, the Pz.Kpfw.IV was a durable servant to the German Army; its Ausf.F was the last variant to utilize a short-barrelled gun: the L/24 7.5cm KwK37, and was also equipped with wider tracks to cope with the increasing thicknesses of armour. 470 Ausf.F Pz.Kpfw.IVs were manufactured between May 1941 and February 1942, mainly seeing action on the Eastern Front and in North Africa and taking on enemy armour such as the Soviet KV tanks and the British Matilda. 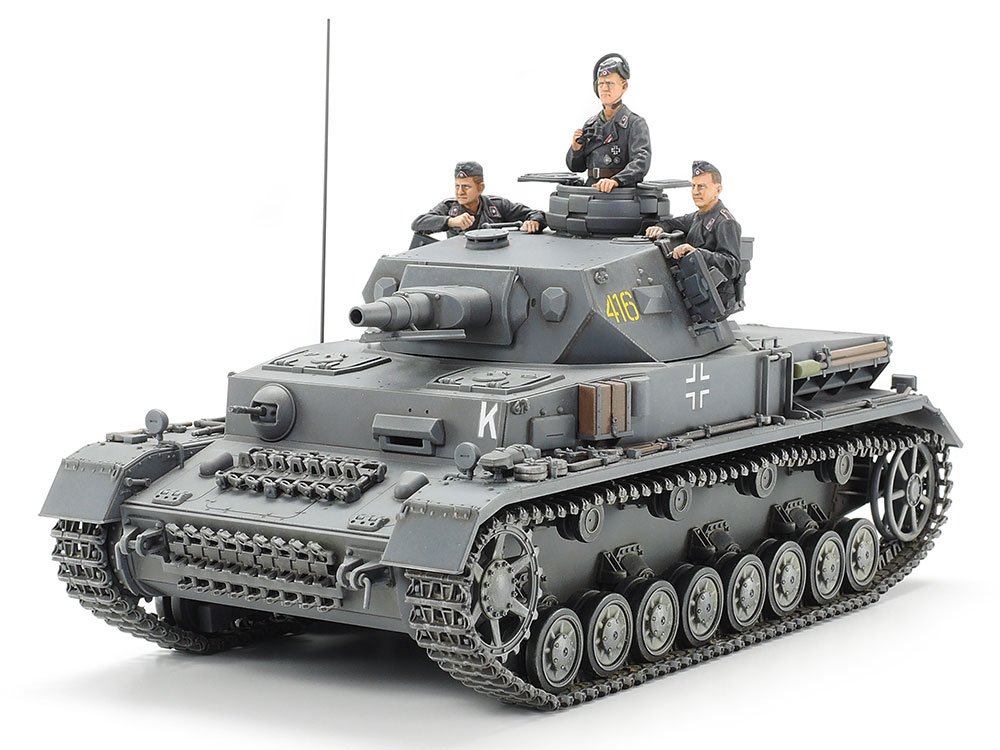 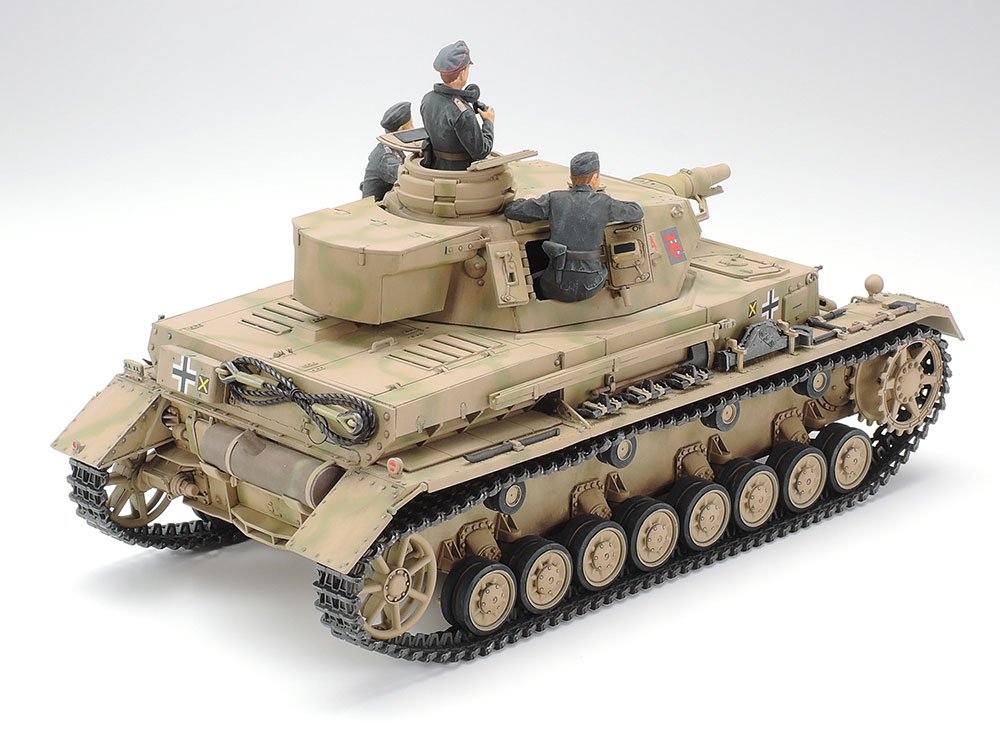 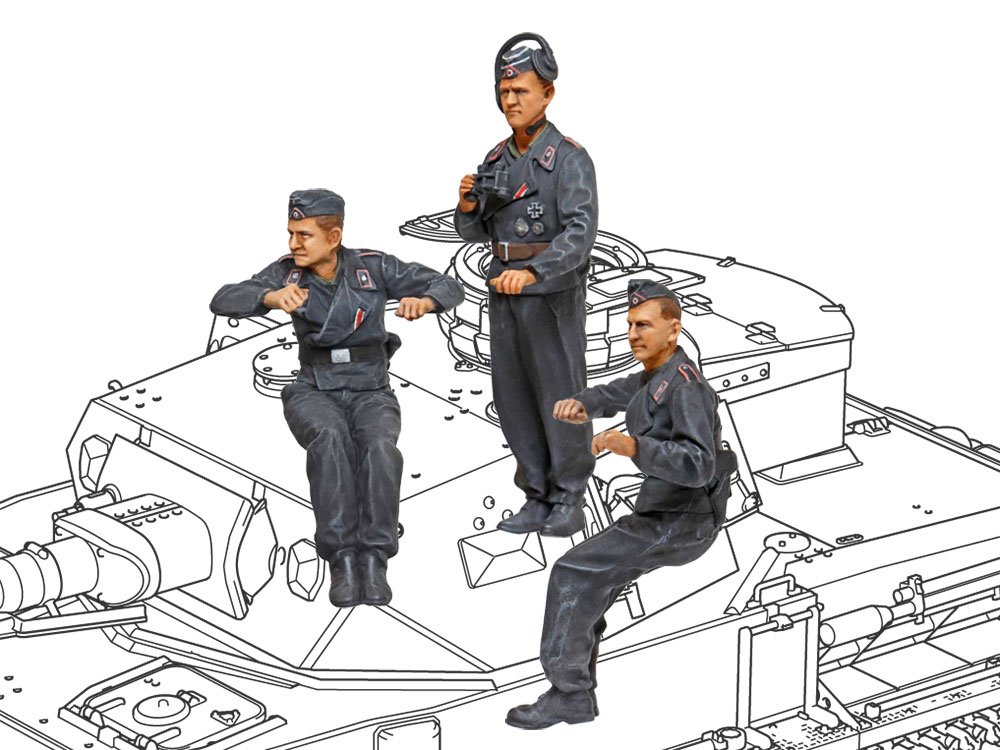 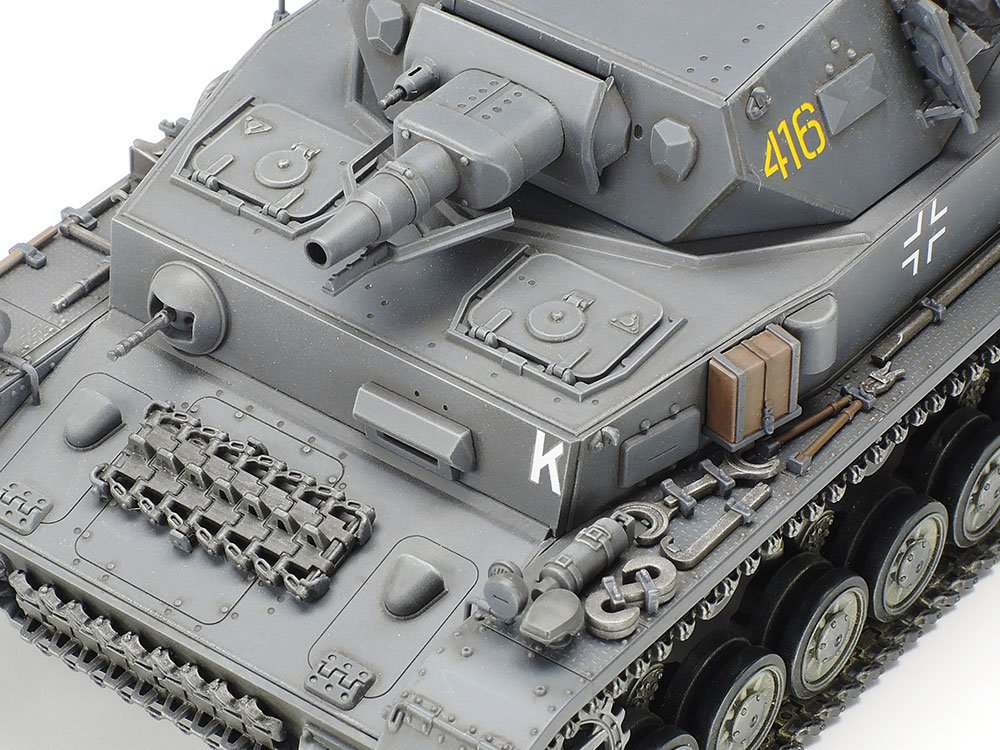 Three figures in realistic pose will add further realism to your model. A choice of commander heads is included

Ausf.F-specific features are captured with accuracy, with further detail added by accessories such as spare tracks. 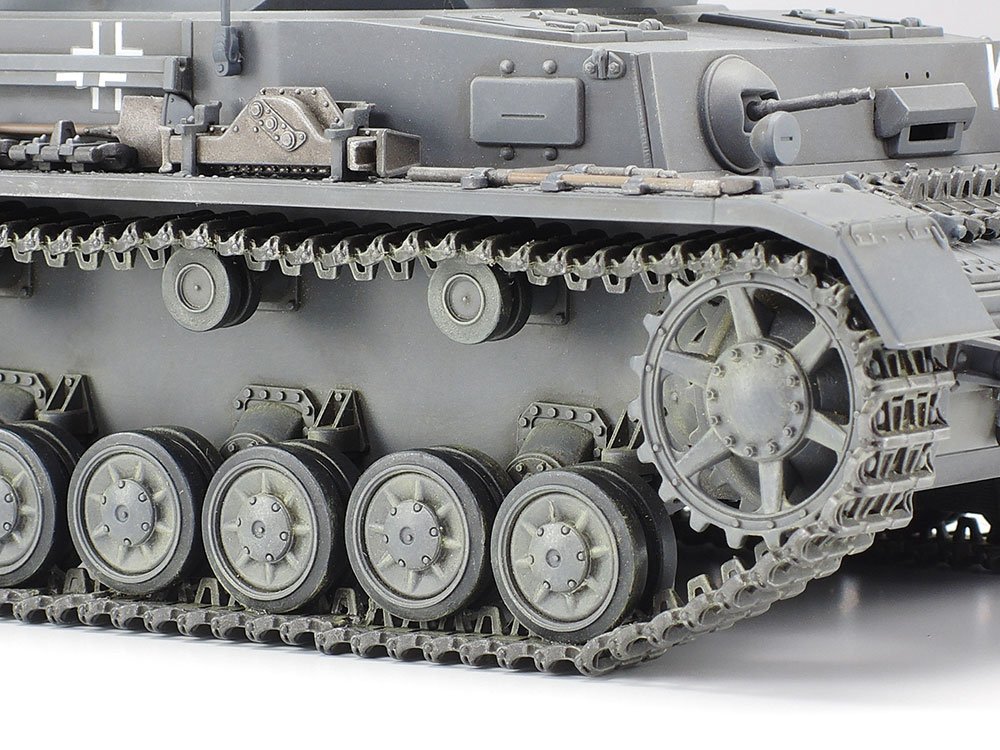 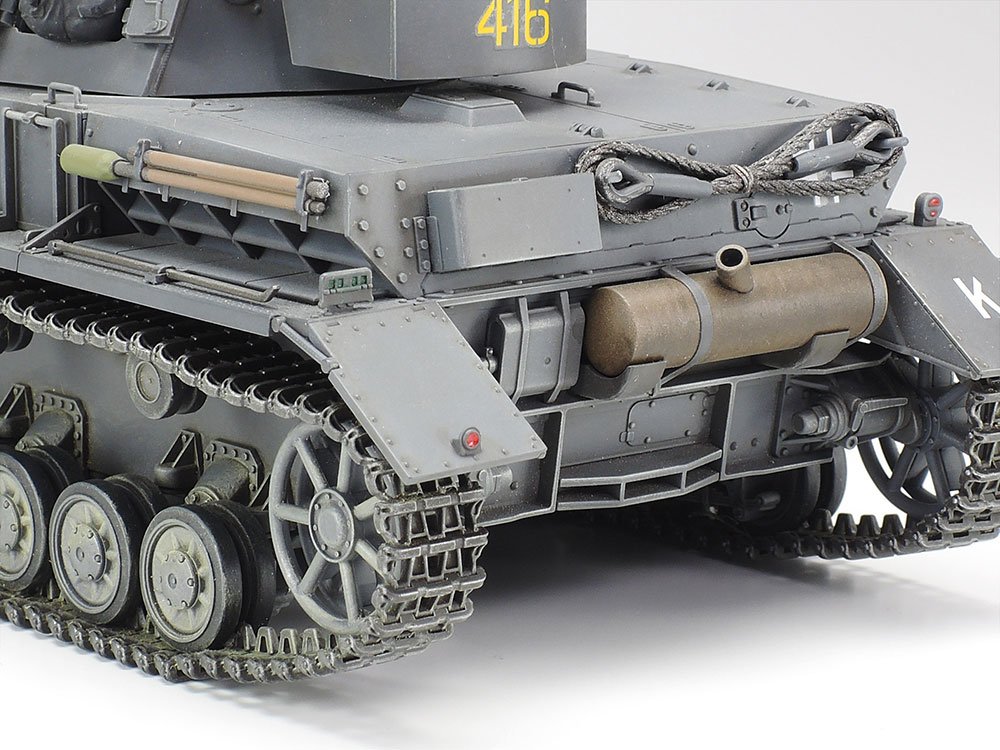 Take a closer look at the realistic depiction of the suspension, with accurate recreation of track sag. 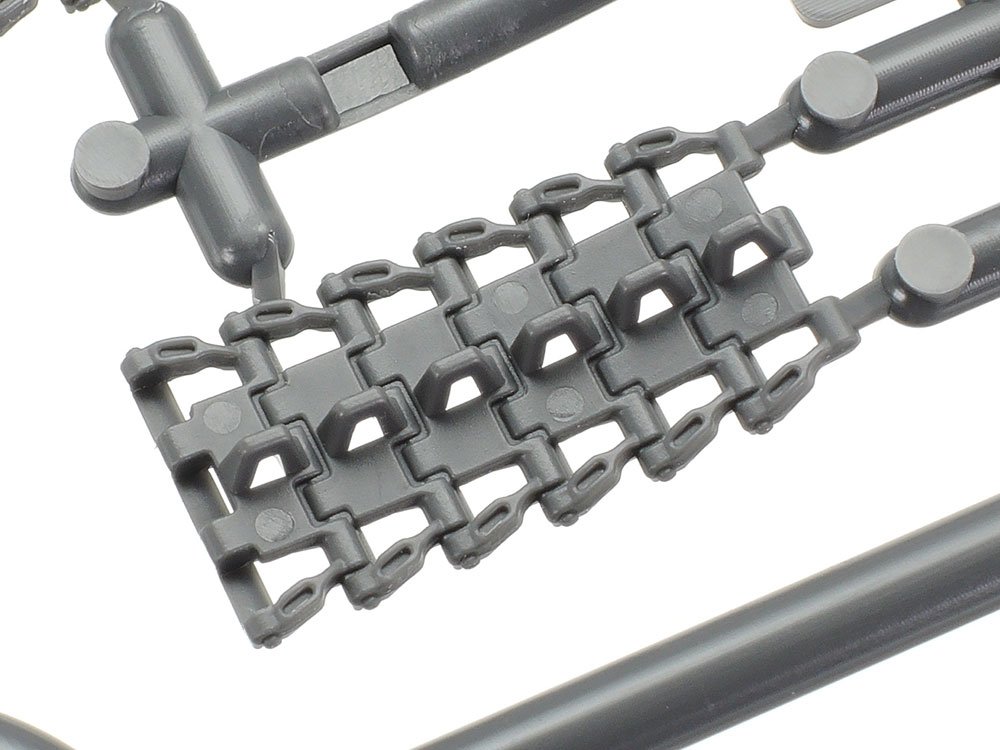 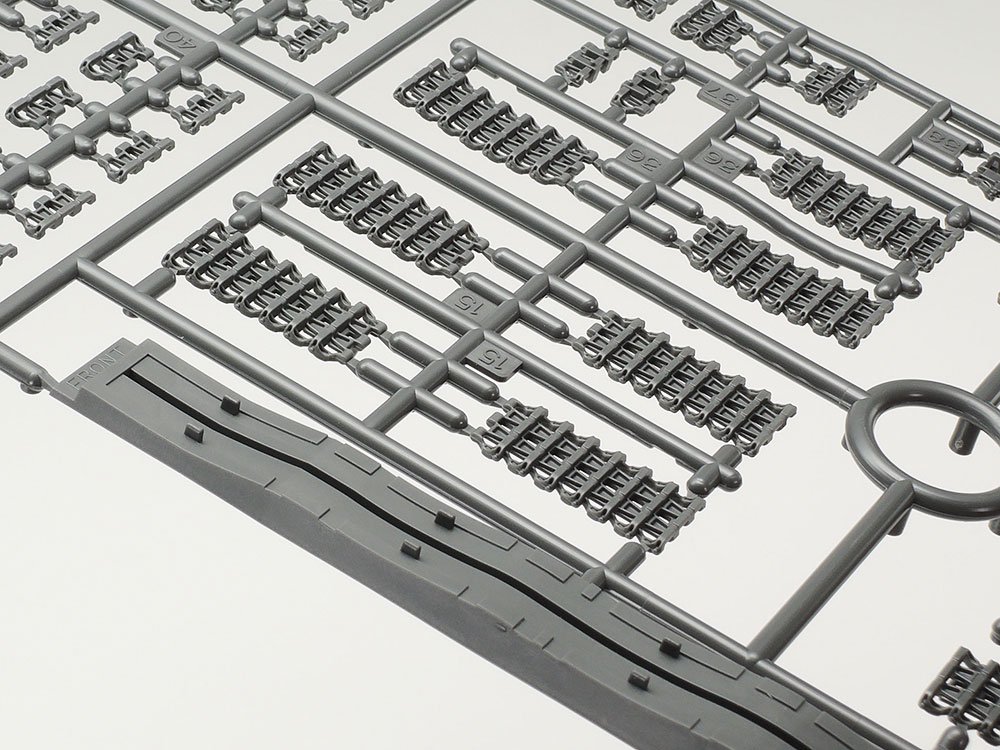 Use the jig to ensure that the upper runs of your tracks are endowed with authentic 'sag.'